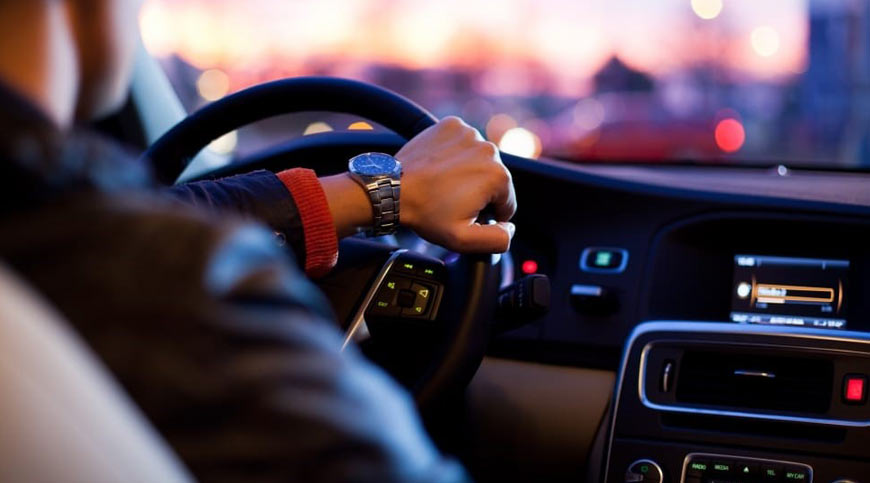 When you are resting your arm on the gear stick, you are exerting extra weight on the selector fork and thus, contributing to unneeded internal wear and tear within the transmission. Individual with bad driving habits

Did You Know That These Habits May Be Damaging Your Car?

Every day as you drive your car, you could be risking damage without even realizing it. Bad driving habits, unless identified and remedied, could severely impact your car’s overall health, reduce its service life, and result in costly repairs. Such habits are not always road-related, and some of them even come as a surprise. To maintain your car at optimal performance, and reduce visits to the mechanic, continue reading to learn more about these 13 habits that may be damaging your car.

The first and the most obvious is that one should never overload a car beyond its stated weight limit. Otherwise, the extra weight would put unneeded stress on the car’s suspensions and braking system. Additionally, the engine may have to work extra hard to push the overloaded vehicle forward –  wearing out its components in the process. Remedy this by researching or asking your car dealer about the car’s maximum load weight, and try your best not to exceed the limit.

Sure, driving with less fuel may give a (slightly) better fuel economy due to the less weight, but this habit may end up costing you more than it saves. Over time, grime, dust, and rust can accumulate in your car’s tank. When the fuel levels are low, they can enter into your car’s fuel system and clog its filters. This can lead to several engine problems, such as stalling, decreased performance, and difficulty starting. To avoid such problems, make sure to keep your tank at least half full at all times.

In most urban traffic situations, there is no need to push hard on the throttle while driving your car, as you would only end up jamming your brakes at the next junction. Frequent acceleration and braking can cause excessive wear and tear of the braking pads and reduce their service life. Avoid unnecessary expenses and drive in a more consistent manner.

4. Pressing the Clutch While Stationary

While driving a manual, it is unwise to keep the clutch pressed while the car is stationary. Doing so causes unneeded stress on the pressure plate, release arm, and release bearing. Over time, this can result in the risk of your transmission breaking down- and boy, are transmissions expensive to repair or replace. What you should do instead is to shift the gear to neutral and engage the handbrake, if needed, until you are ready to move.

5. Not Applying the Emergency Brake

In regards to an automatic car, many people tend to be negligent with applying the emergency brake while the vehicle is parked. Not only does this habit risk making the car moving involuntarily on a slanted surface, but deep inside, it could also slowly wear down its components. While an automatic car is parked without the emergency brake applied, a tremendous amount of strain is put on the parking pawl, a small metal part that locks up the transmission and prevents the drive wheels from turning. The parking gear can refuse to function entirely if this piece gets worn out and fails.

In a rush, you might think of revving a cold engine to heat it quickly. Doing so is a terrible idea. This can cause abrupt temperature changes within the engine, the expansion, and contraction of the metal, creating stress between the engine’s tight-fitting components. Be more merciful on your car and wallet by exercising some patience while warming up the engine on a cold morning.

In most modern cars, you shouldn’t need to be dependent on your brakes to keep the car steady when going downhill. Instead, whenever possible, a better option is to shift to a lower gear when going downwards. Excessive reliance on the brakes when going downhill can wear down the braking pads and lighten your wallet with costly replacements.

It should be common sense to have your car checked when any of the warning indicators are lighted on. However, quite a few people have enough of a habit of ignoring these to warrant a mention on the list. If the car detects that something is wrong, have it checked as soon as possible. Addressing an issue early can prevent it from becoming a major headache later on.

9. Using the Gearshift as an Arm Rest

This habit is rather common, and many people are unaware of how damaging it can be to your case. When you are resting your arm on the gear stick, you are exerting extra weight on the selector fork and thus, contributing to unneeded internal wear and tear within the transmission. Avoid the risk of damage by keeping both your hands on the steering wheel when shifting gears. Many modern cars also come featuring armrests, so there is no reason to keeping following this habit.

10. Shifting from Drive to Reverse Before Stopping

Shifting from drive to reverse (or vice versa) before the car has come to a halt is a certain way to cause irreversible damages to your transmission. Improper shifting can lead to grinded gears and even risk of the complete breakdown of the transmission. As stated before, transmission repairs can be rather expensive. Avoid the costs by shifting gears more responsibly.

11. Not Being Careful With Potholes and Speed Bumps

Sure, in some cases,  hitting potholes may be unavoidable, especially at night. But, whenever it is possible, steer clear of them. Frequent impact with potholes can knock out the tracking and wheel balancing of your car and cause extensive damage to the tires. If a pothole cannot be avoided, try to lower the speed when going over it. The same is true for speed bumps, slow down when driving over them.

If you are trying to accelerate from a low speed while in gear or flooring it at low rpm, you are forcing the engine to work extra hard and putting unneeded strain on the car’s motor. Not only does this result in compromised fuel efficiency, but it also means that your engine’s components are likely to wear out more quickly.

13. Not Following the Service Schedule

Your car is a complex advance piece of machinery. Many of its components need to be routinely checked and serviced so that they can continue to function at optimal efficiency. By not following the schedule proscribed by the car’s manufacturer risks a higher chance of incurring costly damages and break down.

Cars, especially new ones, are an expensive investment. If any one or more of the bad driving habits mentioned are applicable in your case, don’t worry. By becoming aware of them, you have already taken the first step to remedying the problem. By practicing, better habits can be developed. Share this article with someone who you think suffers from bad driving habits. If you have knowledge of any bad driving habits not mentioned here, share them with us in the comments below!