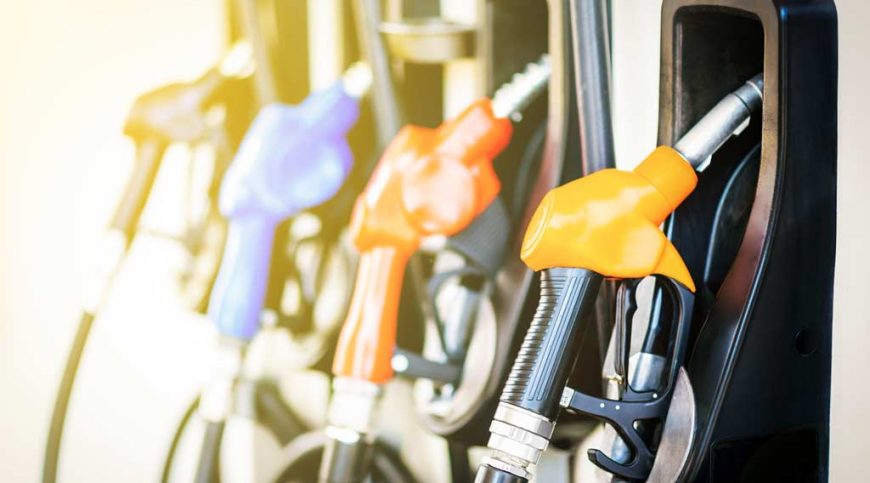 The best fuels for your vehicle. A fuel station with a bunch of nozzles.

The Best Fuels for Your Vehicle

As Americans, we love to drive. In fact, the average household spends around $4,000 just on fuel for their car every year. If you, like most folks, drive up to the gas station, you may have noticed that there are quite a few options available.

Despite that, many tend to use the same type of gas for their vehicle to avoid the high prices of the other varieties of fuel or just to stay clear of the risk of using another fuel option that could stall the engine.

But before you pull up to the gas station and stop at the usual lower octane option, you really should know more about the different types of fuel at the gas station, and more importantly, the best fuels for your vehicle.

If you have never paid attention to the other options at the gas station, then it’s time to right that wrong. Here, we are going to take a quick look at the different types of fuel for your vehicle and answer that age-old question of, “What’s the difference between regular and premium?”

Gasoline, or gas, is by far the most commonly used fuel for vehicles. It is a specialized fossil fuel that is made from refining petroleum, which is where it gets the name “petrol” from if you’ve been driving on the other side of the Pacific. It should be noted here that the hydrocarbons present in the gasoline, along with the carbon dioxide which is released into the air during its production, both contribute to pollution and the rise in greenhouse gases.

Gasoline is available in three octane ratings that are commonly known as grades. These are denoted by the research octane number or RON and the AKI of the formula. For instance, 87 AKI is considered to be the lowest octane rating; up to 90 AKI is mid-range, and an AKI above 90 is considered high grade or “premium.” Sports cars and larger SUVs perform better on premium as compared to the lower varieties.

Diesel is refined using a different method than what is used to make gasoline from petroleum. Diesel is used for agricultural equipment and large industrial trucks. Diesel also comes in two varieties; one for off-road vehicles and the other for regular automobiles.

In recent times, diesel is making a comeback from being frowned upon in the past due to its impact on the environment. However, vehicles that are powered by diesel tend to deliver better mileage and are more fuel-efficient as compared to their gas-guzzling counterparts. Also, there is a very specific difference between a petrol engine and a diesel engine, so it’s best to stick with the manufacturer’s recommendations.

At the bleeding edge of fuel, we have biodiesel, which is made from animal fats and vegetable oils, hence the eco-friendly name. But bio-fuel can also be created from other sources, such as lard, algae, and soybean oil as well. So, can biodiesel ever replace traditional diesel? The answer is yes.

In fact, biodiesel is considered to be the direct replacement for petroleum-based diesel. The best part about what makes biodiesel such an exciting alternative to regular diesel is that it can be used in any diesel engine without the need for any modifications. This is the main reason why biodiesel is currently being used in diesel trucks, buses, off-road equipment, and even cars in the US. Furthermore, research has shown that using biodiesel in regular diesel engine vehicles can reduce overall emissions by 75%, which makes it great for the environment.

You’re probably wondering how ethanol made it to the list. But despite the fact that it is not used as a vehicle fuel, it is however added to gasoline as an additive. Also, there are a growing number of automobile manufacturers that are designing their vehicles to be powered by ethanol simply because it is so cost-effective to produce. Since ethanol is created from sugarcane and corn, both renewable resources, it is considered to be extremely environmentally friendly. While ethanol is currently being used as an additive in regular gasoline, there are some vehicles out there that are able to run on 100% ethanol if that’s what you’re looking for.

If you’ve been to the gas station lately, you may have noticed a few new options available. We’re talking about methanol and propane, which are a few other types of alternative fuels that are available today. The goal of introducing new alternative fuel sources is to help reduce the amount of greenhouse emissions caused by burning fossil fuels, which is bad for the environment. Hydrogen is another up-and-coming fuel option for all those who are searching for an alternative to traditional gas or diesel.

One of the major benefits of hydrogen fuel cells is that the only byproduct that they produce is water. There are quite a few car manufacturers who are starting to introduce vehicles that run on hydrogen fuel cells as well. However, the only downside to this alternate fuel option is that it requires its own hydrogen fueling station, which is going to require a considerable amount of investment in building the infrastructure before consumers can freely use cars that are powered on hydrogen fuel cells.

For all those who are searching for the best type of fuel for their vehicle, it’s best to stick with the manufacturer’s recommendations or consult with the local automobile mechanic for suggestions. For those who are wondering which gas to go with next time, it is best to stick with 87, 88, or 91 octane gas, rather than go for the lower options, especially if you’re driving a luxury car. For long trips or driving to high altitudes, it is best to fill the tank with the premium octane you need beforehand, just in case you don’t find the octane you need at other gas stations.

If you are like most people, chances are, you probably go with the cheapest option out there when it comes to fueling your car, and rightly so. The cost of fuel has been increasing lately, and with it, the consumer’s concerns, which is why most folks just go with the most affordable option they can find when looking to gas up their vehicle.

However, some only purchase the highest grade and most expensive fuel for their vehicles, assuming that more money equates to better quality, higher mileage, and a longer-lasting vehicle. While that makes sense, the truth is that the price you pay for the fuel does not mean that it’s the best fuel for your vehicle.

This is why it is important for all drivers to have a basic knowledge of the various fuel types that are available in the market today, along with their grades. Using the information mentioned above on the best fuels for your vehicle will help you make a more informed decision the next time you pull up to the gas station.