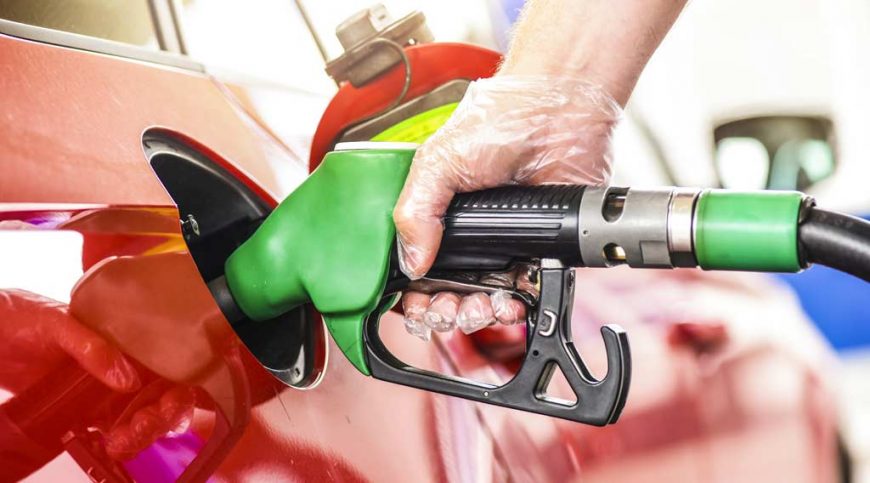 An image showing a close-up view of a person fueling up their car.

What are Biofuels and Which Ones Can You Use in Your Vehicle?

At the most basic level, the ability to fulfill energy demands is what governs prosperity in the world. History is a testament to this fact, considering the number of civilizations that failed because of energy depletion. Plus, the discovery of fossil fuels greatly accelerated industrial development, advanced technology, and infrastructure, and increased the standard of living across the world. It wasn’t until much later that we realized that it too would deplete one day. Countless wars have been fought over oil, all because regions across the world depend on it for meeting their energy demands and growth before reserves run out.

As a solution, we turn our eyes towards biofuels. A source of renewable energy with the potential to change the way we look at fuel. Let’s take a closer look at what it is and how it can benefit our primary area of consumption – fuel for vehicles.

Fuel is essentially an energy carrier. They store energy in chemical form. The energy is released and utilized normally after combustion converts it to heat energy, the most primordial form of energy. It can then be used as fuel for heating, generating power, and run machinery.

What distinguishes biofuels from fossil fuels is that they’re derived from organic sources like animal and plant wastes. In contrast, fossil fuels are energy stores as a result of natural geothermal processes within the Earth’s crust. They take millions of years to manifest useful fuels like oil, natural gas, and coal. Additionally, unlike fossil fuels, Biofuels are mostly carbon neutral. Meaning, the carbon released during their consumption is less than or equal to the carbon captured during their growth stage.

The concept of biofuels is not a new one. In fact, it was the primary source of energy before the discovery of fossil fuels. We used wood as a source of fuel way before we started using coal. However, it was normally not grown for use as fuel. You can still see remnants of primary biofuel usage in the lumber industry.

Primary biofuels are unprocessed ones. Fuels like wood can be harvested quickly and easily and burned to release energy. Though it is a renewable source, harvesting wood as a cash crop cannot match the rate at which energy demands are increasing. As a result, we have to suffer large-scale deforestation, a carbon-positive process. Moreover, wood cannot be utilized in our vehicles. To match this growing need, we have to turn our attention towards secondary biofuels.

Secondary biofuels are where it’s at. These are derivative products of plant-based raw materials that output refined fuels. The good thing about secondary biofuels is that they result in fuel mixtures that can already be integrated with our transport industry’s infrastructure.

The use of next-generation biofuels that are currently being researched will allow us to make the process more efficient, resulting in a more sustainable process of production and delivery. Below are some biofuels that have been around for a while and are already being utilized in vehicles.

Bioethanol is the most abundantly used biofuel. There are two main centers around the world that produce Bioethanol, the United States and Brazil; however, the process is more or less the same.

It is essentially brewing a sugar by fermentation, a biochemical process that alters the chemical properties of sugars in the presence of yeast such that it produces ethanol. Much like brewing alcohol for consumption. However, it is normally denatured with other compounds, like methanol, which makes it unfit for drinking.

Brazil is the world leader in producing bioethanol, owing to its vast sugar cane crops. That’s primarily due to the fact that Brazil required vehicles sold in the country to be FlexFuel vehicles (FFVs) since 2003. These vehicles run on a blend of 85% gasoline and 15% ethanol, marketed as E85 fuel. Soon after, car manufacturers across the world started producing models that could hold up to this standard.

The US primarily uses corn sugar as a raw material for producing ethanol for fuel; however, the industry is still in debate whether the production process is energy negative or not. Meaning more energy is required to produce bioethanol from corn than the fuel releases. So why is it being produced like this? The most likely answer point towards government subsidies that protect farmers and millions of those who are employed in the industry. Plus, the carbon-negative process allows us to rely less on fossil fuels and move towards a sustainable future.

To see if your vehicle can run on E85 fuels, you’ll have to look at its vehicle identification number (VIN). The eight characters in the 17 digit VIN provides this indication. It is normally located on the front of the engine block, front of the car frame beneath the hood, in the rear wheel well or under the spare tire, and inside the driver side door jamb or doorpost. Some vehicles also come with a sticker inside the fuel door covers that indicate their FlexFuel capabilities.

Another problem with using agricultural feedstock for fuel production fails to account for the land usage and food costs that come with it. As fuel demand rises, arable land for crops intended for food will be converted to farmlands for fuel. Cellulosic ethanol provides a solution to this problem. It is a second-generation biofuel that produces ethanol by the same process but using agricultural waste like bagasse, wood, grass, and inedible plant parts.

Using cellulosic ethanol dampens the effect on the human food chain while reaping the benefits of a carbon-negative fuel. Agricultural waste normally ends up wasted in landfills or dried for usage as a primary fuel. By converting it into ethanol, it can be utilized for a wider market.

A huge chunk of the transport industry, particularly logistic service vehicles like lorries and freight trains, rely on diesel as a primary fuel. However, is one of the most polluting fuel, producing a higher percentage of oxides of nitrogen, sulfur, and carbon.

Biodiesel is the answer to substituting diesel-based petroleum products. First-generation biodiesel is produced using the oils extracted from plants. Even waste vegetable oil from the fast-food industry can be utilized to make biodiesel. Like ethanol, it too is blended (normally 20%) but can also be used in its pure form.

The chemical process that converts oils to biodiesel is called transesterification.  The process involves reacting oils with alcohol in the presence of a catalyst. Pure biodiesel is obtained, as well as glycerin – a by-product that can be utilized in the pharmaceutical and cosmetic industries.

Second-generation biodiesel is looking towards culturing microorganisms, like algae, that contain a high concentration of oil reserves relative to their weight. Algae are also photosynthesizing organisms, thereby offsetting the carbon in the environment as well as exhibiting the potential to produce biodiesel on a large scale.

Biogas is perhaps the least used fuel for transportation; however, it has the largest impact on climate change if utilized. The trouble with biogas is that it is produced as a natural by-product of degradation. As a result, landfills and animal waste contribute towards producing its main component, methane, in large quantities. Methane, a greenhouse gas, approximately 40 times more potent at warming the Earth than carbon dioxide, escapes into the atmosphere.

In order to mitigate its impact, a better alternative would be to collect it and utilize it as fuel for combustion. Buses that run on biogas are already being experimented with in parts of Europe by utilizing biogas produced via digesters near cattle farms.

It can be collected by letting natural bacteria aid in its degradation in an anaerobic environment. The reason it hasn’t gained mass popularity is due to the process being slow and the rate of production requiring immense investment for scalability. Plus, its mass adoption will require a drastic change in infrastructure not just on fuel stations but also within cars. Not to mention the safety requirements one needs to adhere to when having a pressurized cylinder in your car.